The Family Rain have announced a short headline run of the UK, their first for 2014. The ‘Bad Weather’ tour, will commence in Birmingham on June 6, and wrap up at Dingwalls in London on June 12.

The trio from Bath spent a large part of 2013 relentlessly on the road, knocking up over 200 shows and touring with Biffy Clyro, Jake Bugg, Miles Kane, The Courteeners, Deap Vally, and Darlia who supported the band on their last headline run in November.

Since their debut album release in February the band have been holed up in the studio with producer Tom Dalgety (Royal Blood, Band Of Skulls) working on new material and the band are itching to get back on the road.

‘Don’t waste Your Time’ is the latest single to be taken from the album. Due May 12th via Virgin EMI, this is a desert blues with a hip hop backbeat sending all the needles into the red.

This is the official music video for ‘FAKE SMILE’, the first single to come off White Miles’ debut album, out February 2014.
http://www.white-miles.com

A mix of indie and new wave sensibilities, ‘Indigo Son’ is a smooth, warm track taken from Glory Glory’s latest EP ‘So Long’. Produced by Justin Gerrish (The Strokes, Vampire Weekend), the Canadian band have seen their stock rise with the reaction to their laid back sound.

Contemplative and beautiful, ‘Sliding Off The Edge Of The World’ is the new single from NuBorg. Look out for one single to be released every month until August, when the album is on the way. If you like what you hear, check out the links below.

Check out this track from the brand new What Am I Doing album from Lushes.

With over 100,000 copies sold in its first seven days on the shelves, Scottish songwriter Paulo Nutini’s ‘Caustic Love’ is officially the fastest selling album of the year so far.

Previous fastest seller, Sam Bailey, could only manage 73,000 by comparison. The album, a soul inspired, gravelly voiced treat, has received rave reviews for being his strongest collection of songs yet. And seeing as both his previous albums have sold over a million units, it seems likely ‘Caustic Love’ will do the same.

In fact, previous album ‘Sunny Side Up’ has also enjoyed a bump in sales this week – a side-effect of the success ‘Caustic Love’ is enjoying. 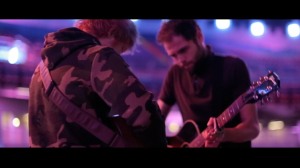 Back once again with that inimitable voice, this is the brand new video from Passenger. Taken from the new album ‘Whispers’ – due in June – it’s more of the same from the acoustic singer-songwriter.

You can get the single now:

To pre order a copy of the album now you can head to http://www.passengermusic.com

Utterly charming, this video is the work of Driving Mrs. Satan, a band who specialise in taking metal songs and transforming them into fun, acoustic pop hits. Their new album, ‘Popscotch’, is full of unique track covers just like this – released May 19th, but available for pre-order below.

For an excellent physical copy check out Audioglobe – http://www.audioglobe.it/artist.php?i… or check out the digital release today and see how much each song has changed: 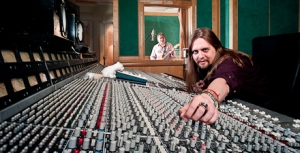 The Cream Room studios are holding a one off master class this April with one of the UK’s most sought after music engineers Wes Maebe.

Wes Maebe, known for his work with artists like Ellie Goulding, New Model Army, Alexandra Burke and Melanie C is coming to The Cream Room for a special three day master class. Wes has also mixed live sound for Chaka Khan, Robert Plant and Sting making him one of the biggest freelance music engineers at the moment.

Three master classes have been scheduled at the Cream Room, offering artists the chance to spend the day with Wes and the Cream Room team, honing their writing, recording and performance skills. Subjects covered will include: recording and mixing techniques; preparing yourself for the studio; micing up; achieving the optimum recorded sound; and techniques to get the best out of your mixes. Participants will leave equipped with the knowledge to help them make the most of studio time.

The three sessions are as follows.

Don’t miss out on this fantastic opportunity to meet and work with such a talent.

Allan Rose just might have a little pop gem on his hands with ‘Alien’. Of course it’s always difficult for independent pop artists to make an impact on the charts these days, but since when has that had anything to do with anything?

This track is a classy pop hit – footstomping but subtle and with a nice light/shade structure and an excellent, distinct vocal.